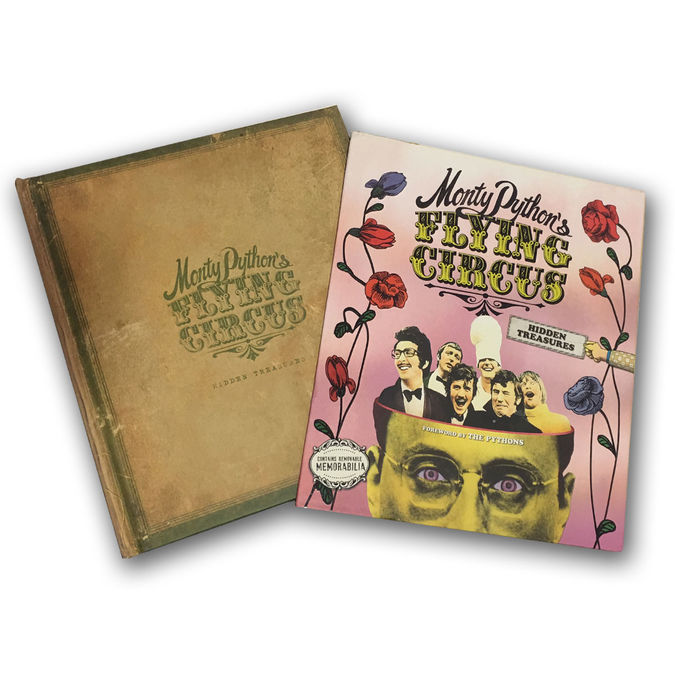 The "Dead Parrot" sketch. "The Lumberjack Song". "Argument Clinic". "Spam". Monty Python's Flying Circus was packed with famous skits and classic one-liners, many of which are still globally recognized from the Hollywood Bowl to the University of Woolloomooloo. Their irreverent humour is the yardstick by which others are judged and the adjective "Pythonesque" has been part of the English language for years.

This book delves into the official Monty Python archives for the first time and tells the Monty Python story through photographs, text and props in the shape of removable facsimile memorabilia, including hand-scribbled scripts, never-before-published cue sheets, postcards, programmes and more.

The inside story of all six members, from early days to the final curtain drop at London's 02 Arena in July 2014.
Includes removable facsimiles of previously unpublished annotated script pages, photographs and more...
QR code links to all the featured sketches on the Monty Python Official YouTube Channel.
16 removable memorabilia items and 2 posters.