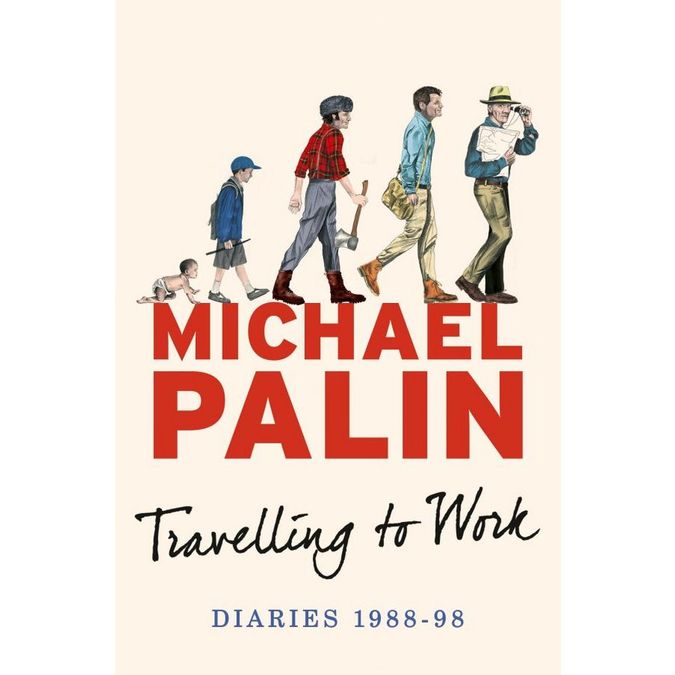 TRAVELLING TO WORK is the third volume of Michael Palin's widely acclaimed diaries. After the Python years and a decade of filming, writing and acting, Palin's career takes an unexpected detour into travel, which will shape his working life for the next 25 years. Yet, as the diaries reveal, he remained ferociously busy on a host of other projects throughout this whirlwind period.

TRAVELLING TO WORK opens in September 1988 with Michael travelling down the Adriatic on the first leg of a modern-day AROUND THE WORLD IN 80 DAYS. He was not the BBC's first choice for the series, but after its success and that of the accompanying book the public naturally wanted more. Palin, though, had other plans. Following the tumultuous success of A FISH CALLED WANDA, he is in demand as an actor. His next film, AMERICAN FRIENDS, is based on his great-grandfather's diaries. Next he takes on his most demanding role as the head teacher in Alan Bleasdale's award-winning drama series GBH. There is also his West End play, THE WEEKEND, and a first novel, HEMINGWAY'S CHAIR, and a lead role in FIERCE CREATURES, the much-delayed follow-up to WANDA. Michael describes himself as 'drawn to risk like a moth to a flame. Someone grounded and safe who can be tempted into almost anything.' He duly finds time for two more travel series, POLE TO POLE in 1991, FULL CIRCLE in 1996, and two more bestselling books to accompany them.

These latest diaries show a man grasping every opportunity that came his way, and they deal candidly with the doubts and setbacks that accompany this prodigious work-rate. As ever, his family life, with three children growing up fast, is there to anchor him.

TRAVELLING TO WORK is a roller-coaster ride driven by the Palin hallmarks of curiosity and sense of adventure. These ten years in different directions offer riches on every page to his ever-growing army of fans.