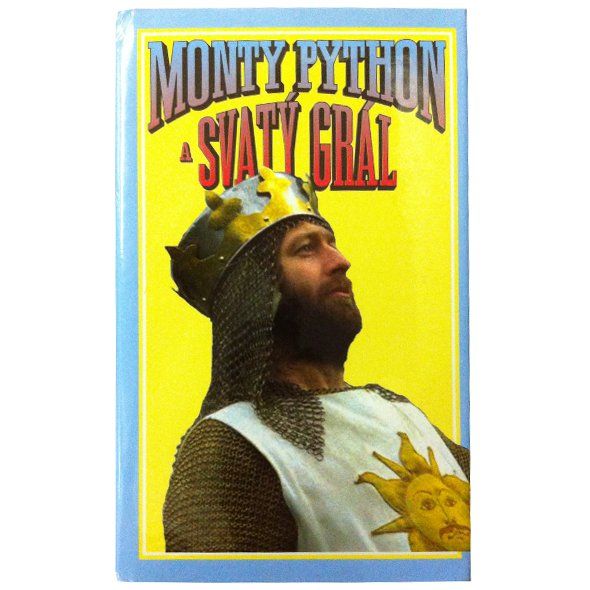 This book is in Czech

The first feature film by the Monty Python team is a mock heroic tale set in mediaeval Britain with lots of silly things going on besides.

In a series of sketches and animations, the Pythons recount scenes from the Grail legend in which the knights forsake their chorus line can-can dancing in Camelot for a higher aim. Typically, the Pythons set-up a ‘historical’ tale which is really a take on the modern world. Memorable scenes, like Graham Chapman’s King Arthur battling with John Cleese’s Black Knight until the latter is reduced limb by limb down to a speaking stump of a torso, capture both the hilarity and grotesque nature of brutality.

In scene after scene King Arthur’s men are led a merry chase through the countryside, encountering life on many different social levels. This screenplay edition contains just the script and is supplemented by stills from the film.