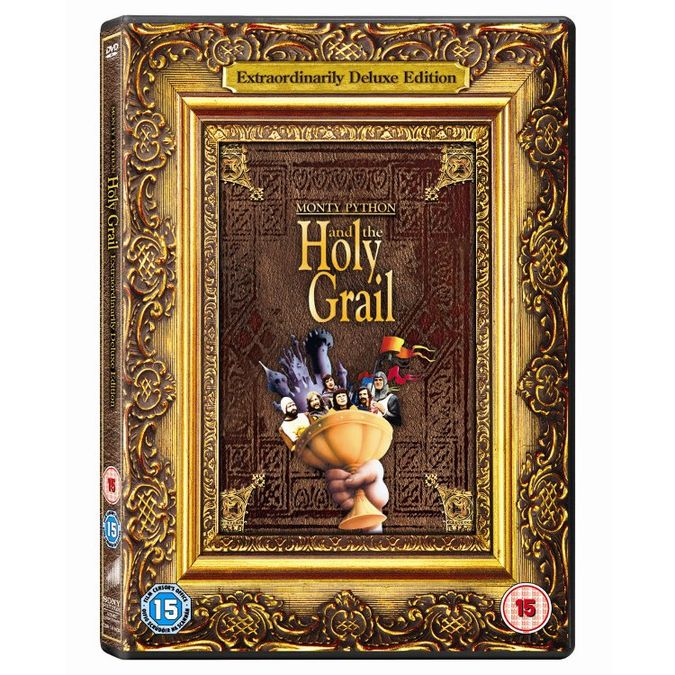 Yoiks! Here be the Python's tale of good King Arthur (Graham Chapman) and his knights as they quest for the Holy Grail. Watch as they face great odds and silly sods. See them wage battle against the fierce Killer Rabbit ("Run Away! Run Away!"), and, (oh, horrors!) see them confront the dreaded Knights Who Say "Ni!".

Oh, these be trying times. Can these good knights pass the test of valour and cut down yon tree with herring? Or will they blow themselves to smithereens with the Holy Hand Grenade? Courage, Lancelot! Onward, Galahad! A hysterical, historical tour-de-farce from Terry Gilliam and Terry Jones.